"You know all those things you've always wanted to do?
You should go do them"

As I stepped off the plane and into the hallway, the flags caught my eye; there were many countries from around the world represented in that small airport hallway. And at that moment, between deboarding and baggage claim, it hit me: I am an international traveler, an international missionary.  This was my first time coming home to this airport from an international stint, and all the feelings that accompany returning stateside hit me like a ton of bricks.

I had done it.  I had used my passport and lived in another country.  I had survived.  I found a profound love for travel and other people groups.  I discovered parts of myself that I didn't know existed.  I became a better person.  I triumphed over adversity.  I celebrated life. I had faced my fears. I had truly lived. I had so many thoughts and emotions swirling around me as I stopped for a minute to catch my breath and snap this photo.

I hadn't let fear, or danger, or anything, stop me from accomplishing what I set out to do.  I was a different person walking down this sunlit walkway than three months ago.  I almost couldn't remember that person, the pre-international me.  And in this moment, I realized I had opened a huge door of opportunity for me by saying yes to the seemingly impossible.

Because if I could do this, if I could live in a third world country for three months, I could do the next big thing that was asked of me.  My reference point regarding life changed.  I had raised the bar on what was accomplish-able in my life. I had thrown a stake in the ground, and this triumph began my new normal, my new reference point.

In certain seasons of our lives, we are called to do something remarkable, something that completely stretches us.  In other seasons, we dream of doing something spectacular.  We all have an unspeakable list of things we want to do, places we want to go.  that proverbial list haunts us at times, sizing us up, and bringing our inadequacies to the surface.

But those times, when we are faced with an opportunity to do the seemingly impossible, we can hold ourselves back due to fear or lack, or, we can take the leap of faith, and figure it out along the way.

You have a choice, you always have a choice.  But from my experience, from the view of the latest stake I have thrown in the ground, you should do it.  You should take the chance, take the risk, and live big.  I did not realize that after returning from living in Belize, three months later I would be walking back down this hallway of flags, to travel across the globe for my first European adventure. And I have walked passed these flags many, many times in the last few years, traveling to many great places for many purposes.  But each time I leave or return from this airport, I know I have crossed off another impossible adventure, and have another fabulous story of faith, trust, and traveling.

So, you know those things you've always wanted to do? You should go do them.  Trust me on this one, just go. 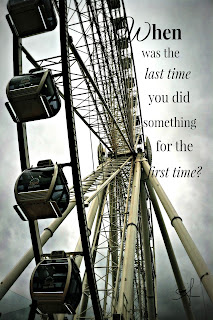 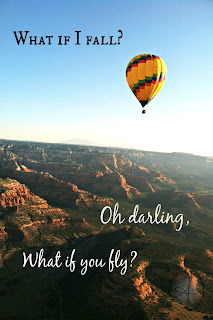 Reflections of Revelation
Miss Amber John is an avid traveler and glamper, using her gifts of writing and photography to capture the world from her unique perspective.